EPG’s first activitity was organising the 17 May 2010 symposium “Central Eurasia: Islam, Culture and Conflict” at the University of Amsterdam, with as main Globe Lecture speaker Prof. John Schoeberlein (Harvard). Babak Rezvani and Caspar ten Dam were among the speakers on this symposium.

The EPG subsequently organised Conflict Studies panels in the CERES Summerschools on “Global Governance, The Crisis and Development” at the International Institute of Social Studies (IISS) in The Hague (23-24 June 2010) and on “Sustainability after the Crash” at the Utrecht School of Economics (30 June-1 July 2011); an Ethnogeopolitics panel in the CERES Summerschool on “International Development Studies” at the University of Amsterdam (Roeterseiland) on 25-26 June 2012; and a Roundtable in the CERES Summerschool on “Global Gloom, or Development Boom” (24-25 June 2013) in the same location as the preceding year. EGP’s co-founders, Dr. Babak Rezvani and Caspar ten Dam, were among the speakers and/or discussants on these panels.

At the last minute B. Rezvani became the discussant for the panel “National Identity in the European Past and Present”, in the 20th International Conference of Europeanists at the University of Amsterdam (multiple locations) on 25-27 June 2013. C. ten Dam was present as well; both he and B. Rezvani were able to inform the speakers and the audience about EGP.

Last but not least, editors of and contributors to Forum of EthnoGeoPolitics talked about the journal and its association at other conferences as well (see for examples photos below). 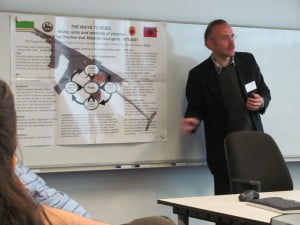 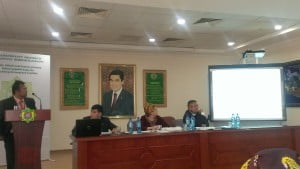 Pawan Sen, a contributor to the very first issue of Forum EGP (Vol. No.1 2013), speaking at the “Young scientists – A uniting force of world science and culture” conference (3-5 September 2013) in Ashgabat, Turkmenistan; EGP-chairperson Babak Rezvani spoke at the conference as well. 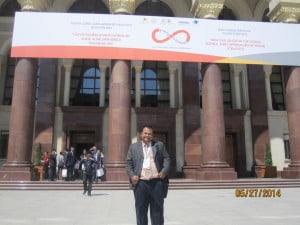 Pawan Sen, at the “Young scientists–New challenges  in the world science” conference (26-31 May 2014) in Baku, Azerbaijan; he presented a paper on ‘multivariate analysis: an interface between natural science and social science’. 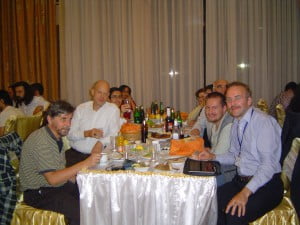 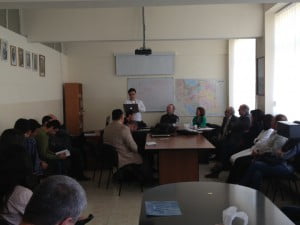 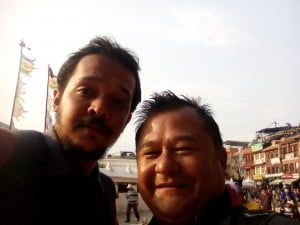 Arnav Anjaria is becoming an accomplished scholar. Thus he presented the paper ‘Tibet: The Story of Real Time Resistance’ at the annual conference of the International Association of Media and Communications Research (IAMCR) in Hyderabad, India (18 July 2014).

There are no upcoming events at this time.

This website uses cookies to improve your experience while you navigate through the website. Out of these, the cookies that are categorized as necessary are stored on your browser as they are essential for the working of basic functionalities of the website. We also use third-party cookies that help us analyze and understand how you use this website. These cookies will be stored in your browser only with your consent. You also have the option to opt-out of these cookies. But opting out of some of these cookies may affect your browsing experience.
Necessary Always Enabled
Necessary cookies are absolutely essential for the website to function properly. This category only includes cookies that ensures basic functionalities and security features of the website. These cookies do not store any personal information.
Non-necessary
Any cookies that may not be particularly necessary for the website to function and is used specifically to collect user personal data via analytics, ads, other embedded contents are termed as non-necessary cookies. It is mandatory to procure user consent prior to running these cookies on your website.
SAVE & ACCEPT